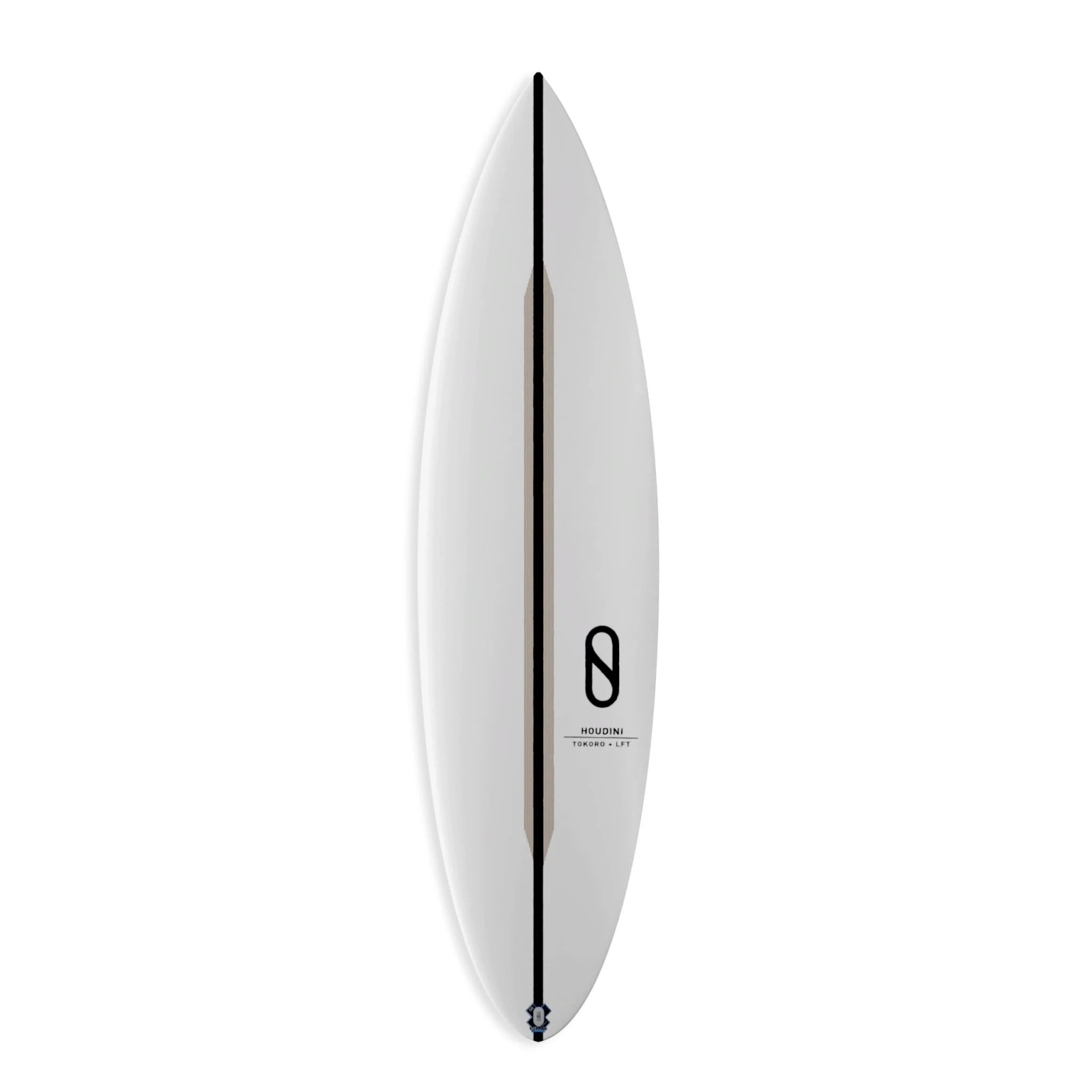 Making it easy to disappear and reappear in Hawaiian tubes, the Houdini is our new magic act for Hawaiian waves, or other locations, where controlled lines through racy barrels are a must.

The magic started in ‘18 between Wade and Kelly – and a year later it’s here, ready to sit alongside the No Brainer, FRK, and Cymatic.

The Houdini has been a staple under Kelly’s feet for the 2019 WSL season, with both big face gouges at Margaret’s and remarkable makes at Pipeline on its resume.

The bottom contour consists of a single to double with slight vee, in spite of its step-up frame, the Houdini has incredible acceleration and manoeuvrability.

The Houdini model sticks with Kelly’s previously proven formula for his personal step-ups: hiding volume under his chest for better paddling, but maintaining a tapered rail for sensitivity.